Some Of The Highlights Of The 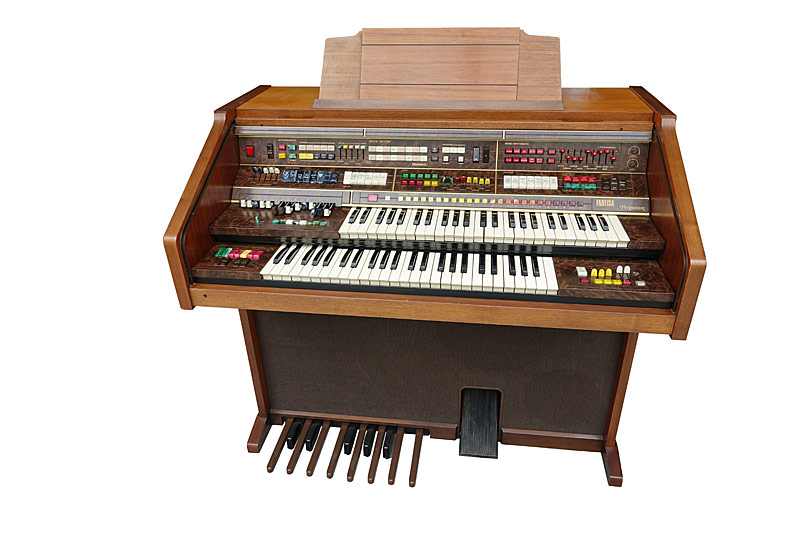 By the time the Farfisa Compact series combo organs finally came about in the ‘60s, this Italian brand became an absolute cult hit. Yet the path to this sophisticated Farfisa Pergamon was still ongoing.

The Farfisa Compact Duo with its brutal sound became world-famous thanks to Pink Floyd and others and is now quite rightly considered a cult instrument through and through. But cult doesn’t automatically always mean perfection.

And this Farfisa Pergamon from 1981 comes damn close to sophisticated perfection. On the one hand it’s its technical features, which raise it up to the top tier of all home organs, but at the same time it’s its layout, which orders its many features so clearly that it can even be mastered without training at the level of a Boeing 747 cockpit. Then there’s still its orchestral sound volume, of course. It’s substantial, and clearly differentiates it from the mentioned brutal Farfisa sound in earlier years. 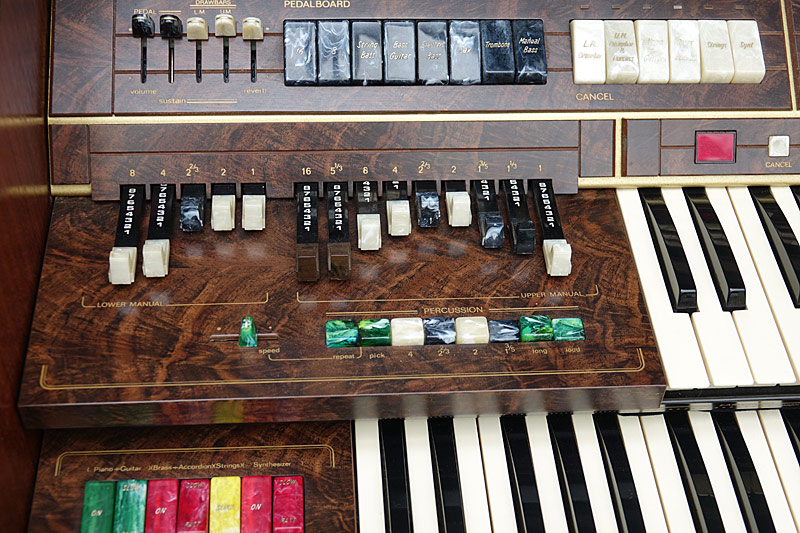 Only those with the coldest of hearts fail to shed a tear when looking at this design. Imitation burl wood and marble switches in selected colors make this Farfisa Pergamon the visual highlight of any living room.

However, this top-class instrument even makes technicians truly happy.

If you’ve ever had the honor of servicing a Farfisa Pergamon—and please note the appropriate language used here—you’ll know that the Italian builders were able to do truly great things and a new dimension has been added to the term serviceability. It doesn’t get better than this.

The fact that the Farfisa Pergamon was only produced in relatively small numbers from 1981 to 1984 is partly due to its rather justifiably, relatively high price, but partly also due to the huge selection of comparable models at a time when owning a home organ was still considered totally hip. But even that would change in the following years.

In any case, if you have the space and corresponding ambition to learn such an instrument, a Farfisa Pergamon will serve you perfectly well.