Some of The Highlights Of The

The First Edition Of The "Funkiest Instrument Ever"

Strings stretched relatively loosely on a metal frame are arranged diagonally under the 60 keys, and are each split into two halves when these keys are pressed. One half is damped by means of woolen threads spanning the strings, while the other half is free to vibrate. And this essentially corresponds to the functional principle of the baroque instrument clavichord. Which also explains the phonetically similar name clavinet! 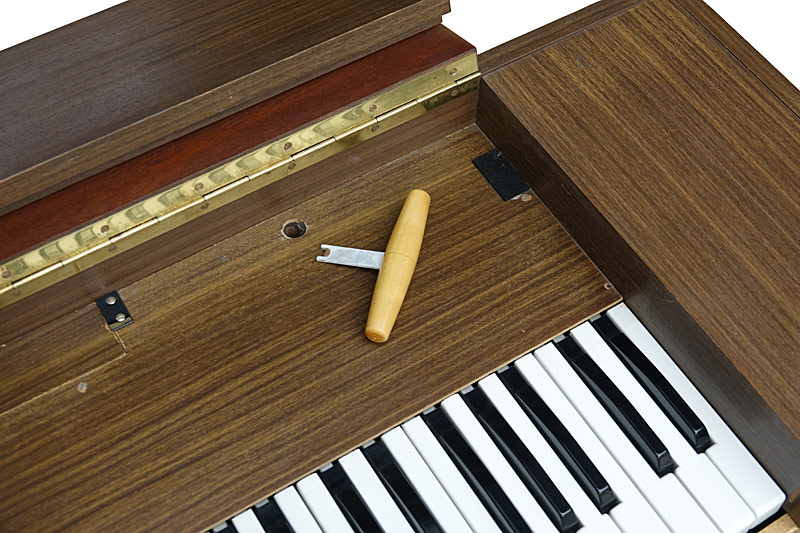 This tuning key ensures correct tuning, whereby tuning is only occasionally necessary thanks to the, as already mentioned, rather loosely tensioned strings.

The design of this Clavinet 1, which seems rather strange from today's point of view, perfectly matched the rest of the furniture in the home in the sixties...

This is one of those secrets that are revealed during guided tours in the EBOARDMUSEUM.

Apropos "Funkiest Instrument Ever": this following Hohner demo record from about 1965 has been addressed to a completely different target audience...

Demo record of the Hohner company from ca. 1965